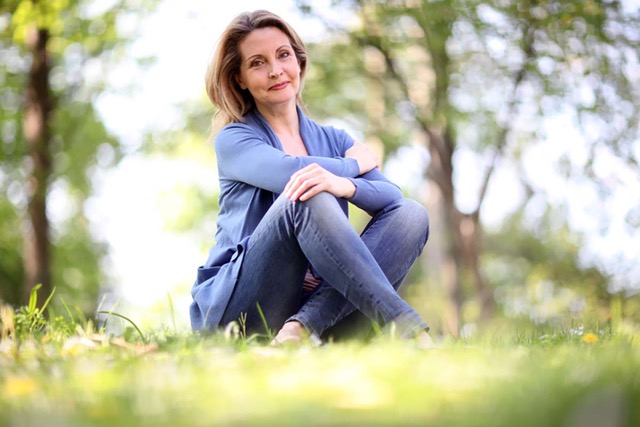 The Time to Start is Now!

Alzheimer’s disease holds personal meaning for me, and with that, fear. My paternal grandmother developed this disease in her late 60’s early 70’s, and her decline was rapid ending in her death at age 80. She was unable to recognize her children or grandchildren, and was unaware of her surroundings and community. This picture has stayed with me and has propelled me into researching the causes and treatments of Alzheimer’s disease (AD) for my personal preparation. Unfortunately, it halts there, as there are yet no conclusive known causes or treatments for this devastating disease.

Let’s back track and discuss prevention. Many books and articles discuss the need for exercise, a clean diet and brain exercises, a “use it or lose it” philosophy. As a naturopathic doctor, I always encourage exercise and good eating habits. Sadly however, the research isn’t there to show marked reductions in the prevention of AD or dementia with these lifestyle modifications. In my research, there have been 3 keys factors that have shown significant promise in the reduction of AD development. I will discuss these factors and some of the evidence in support of them in the rest of this article.

The first is omega 3 fish oils. Omega-3 fatty acids (EPA + DHA) have shown anti-amyloid, anti- tau and anti-inflammatory actions in the brains of animals. The brain accumulation of amyloid plaques, tau tangles and inflammation are three hallmark characteristic findings in brains of AD patients. In a new article published in the Journal of Alzheimer’s Disease, researchers have found that for patients with high omega-3 levels, blood flow in specific areas of the brain is increased.1  In other studies on patients with mild to moderate dementia or AD, omega 3 supplementation has shown some increases in cognitive function, but oﬀers no change in patients with moderate to severe symptoms.2 The consensus is preventative; long term supplementation of omega 3 fish oils ( EPA + DHA), has shown benefit in prevention of dementia and AD. More studies should be done to investigate this correlation. My opinion is, with the research that omega 3 supplementation has for cardiovascular disease prevention in women, all women should ensure adequate amount of EPA and DHA, for prevention of both of these diseases ( AD and cardiovascular disease), ideally initiated at the time of peri-menopause where the window for prevention is highest.

The second factor I’d like to discuss is sleep. Adequate sleep (7-8 hours/ night ) is necessary for the brain to flush out amyloid build up from the day. Research also suggests that chronically getting too few hours of sleep (<6 hours per night) may increase risk of AD and dementia 3,4. As mentioned above, AD is characterized by the presence of amyloid plaques and tau tangles in the brain, both of which are negatively aﬀected by poor sleep. Many people turn to sleep medications, which pose their own risks for AD development, primarily by decreasing acetylcholine levels. This mechanism will not be discussed in this paper, but the take home is, Gravol, Nytol, Zoplicone, etc. may make you sleep, but do not allow sleep that flushes amyloid or protects you from developing dementia or AD. There are however, many things you can do to improve your sleep, starting with allowing yourself 7-8 hours per night. I recommend adopting a standard bedtime routine, including no screens 1 hour prior, keeping your bedroom cool, and to stop food intake at least 3 hours prior to bedtime. There are many natural sleep remedies, ie. GABA, melatonin, magnesium, herbal teas, and CBD; all of which can be discussed with a health care provider.

The third intervention I would like to discuss for AD prevention in women is estrogen replacement therapy (ERT) or hormone replacement therapy (HRT). In the early 1900’s only 5% of American women lived beyond their fiftieth birthday 5; today their average life expectancy has reached eighty years. The average age of menopause is 51 years, and when a woman hits menopause, she experiences a 99% drop in her estrogen levels. Women have the potential to live 30 years of their life with these greatly reduced hormone levels. This has been discussed as a major contributor to the increased prevalence of AD in women compared to men. There are many studies which have shown the benefit of ERT/ HRT in menopausal women, primarily for those women who initiate ERT/ HRT within 10 years of menopause. There are estrogen receptors located throughout the brain, especially in the hippocampus and other areas involved in learning and memory 6,7. Estrogen has been shown to stimulate the growth of nerve cells, regenerate axons, and decrease the nerve-cell death that happens in AD 8. Estrogen has also been shown to reduce the production of beta amyloid, the substance that accumulates in amyloid plaques. It has also been shown to protect brain cells against damage by beta amyloid 9.  Estrogen has been shown to prevent the build up of tao protein 10, and also improve blood flow circulation to the brain 11.

Two-thirds of clinically diagnosed cases of dementia and AD are in women. Statistically, a woman in her 60’s is two times more likely to develop AD then breast cancer 12 ! This means, AD and dementia are real concerns for many women, especially those like myself who have a family history of this condition. Because there is little to oﬀer for treatment or cure, it behooves us women to take a proactive, preventative approach and do all we can to reduce our chances of developing this condition later in life. For myself, approaching 47 years, I ensure I take 1200 mg of omega 3 daily, I give myself every opportunity to sleep for 8 hours a night, and follow my sleep regime as mentioned earlier in this article. I will also be supplementing with HRT once my regular cycles have ceased and believe the evidence is strong that this approach may delay or prevent this disease from controlling my mind in my later years.

Posted in Uncategorized
Scroll To Top